Brettell Brothers Ltd is extremely proud of its trading history.  From humble beginnings following the end of WWII the company flourished and today is now trading as Gates Railings Direct.

Brettell Brothers Ltd was first established in 1946 in a part of the West Midlands affectionately known as The Black Country.  The area became famous during the 19th Century for ‘metal bashing’ manufacturing skills, iron foundries and steel mills.  It is said that The Black Country got its name because pollution from these heavy industries covered the area in black soot.

It was here that Brettell Brothers was established by brothers David (centre of photograph), Ben and Stanley.

In 1963 the three brothers expanded their business and acquired premises in nearby Hungary Hill, Stourbridge where they ran a steel stockholding business.  They also continued to operate their manufacturing facility in Lye for several years thereafter until all operations were moved to the Hungary Hill site.

Despite similar businesses falling victim to recessions over the years, under the guidance of the second generation owners David and Graham, Brettell Brothers traded continuously since 1946 making the coal bunkers, corn/storage bins, tin baths and steel welded manhole covers that became the company’s mainstay.

Nowadays ownership rests with brothers Paul and Anthony, the third generation of the Brettell family.  They both joined the family business on leaving school in the 1980s working their way up through the ranks, learning and perfecting their skills in every job on the factory floor.  Between them, they have amassed over 50 years experience in their field.

When Paul and Anthony took over the partnership in the mid 1990s they diversified by introducing wrought iron style products amongst others into the company’s portfolio.  A programme of re-investment was undertaken whereby new plant machinery was acquired making manufacturing processes more efficient.

Now, new machines sit alongside the old heavyweight machines that are still used to make products using the traditional methods that have operated in the factory since the 1940s.

Flat pack versions of the excellent quality and ever popular Brettell Brothers galvanized coal bunkers and corn/storage bins were designed and these, like all the other sheet metal products produced here, are still hand made to order.

When Paul and Anthony began making bespoke wrought iron style gates and railings it wasn’t long before this line of business became a very successful element of the Brettell Brothers brand and continues to grow apace.  Customers have the added reassurance of being able to see their designs being manufactured if they so wish.  The business expanded by introducing an e commerce website www.gatesrailingsdirect.co.uk to expand the range of styles and make the wrought iron gates, railings, handrails and Juliette balconies available across the UK by mail order.

Today, business development and expansion is still very much on the agenda.  Paul and Anthony are committed to ensuring the family business will continue through future generations, producing the excellent quality products that have allowed the company to sustain its market position thus far. 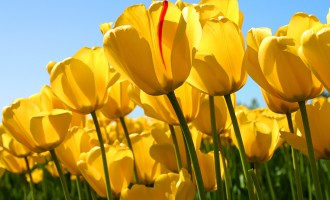